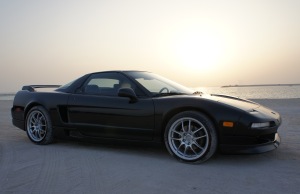 I loved this car. I saw it advertised for over a year at a dealer, the wonderfully named ‘Deals on Wheels’, but thought it too impractical. I watched the price drop slowly – there was little interest in supercars that aren’t brand new in Dubai and of course a true NSX enthusiast probably wouldn’t want an auto. The price fell regularly so I went to see the car and made them a derisory offer – they took it!

What an attention grabber – of all my cars this got the most attention – I also referred to it as a ‘hotel car’. When you valet in a Dubai hotel, they keep the cool lambo’s, Ferraris and Bugatti’s etc parked at the front, these are hotel cars. The NSX was one of these, but of course for a fraction of the cost. Car guys knew what it was and loved it, non-car guys thought it was a Ferrari, Americans a corvette :).

There was a well-known thread on various car websites about an abandoned yellow NSX in Dubai, I sought it out and have a picture of them together, the yellow one now rescued once ownership was established.

I drove the NSX standard for around six months or so and then one night trying to impress a girl from work I ricocheted it through some roadworks with concrete dividers on both sides of the single lane. She was clearly impressed as I married her a few years later! We limped the car back to her apartment and I drove it home before giving it a proper look over. Front right quarter and rear left quarter had impacted – one wheel was square, but the aluminium bodywork had taken the worst of it and apart from some suspension parts the chassis was good. Lesson learned.

The repair took a while and I decided to make a few modifications. Front and rear spoilers and side skirts, a wings west kit, a high Type R rear wing and some Work alloys, all through Dali Racing in the states. You learn when living in Dubai that everything will cost a fortune, labour may be cheap but everything has to come from abroad and deliver is often more than the item!

Next came a wrap – and it looked stunning. 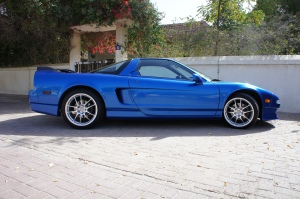 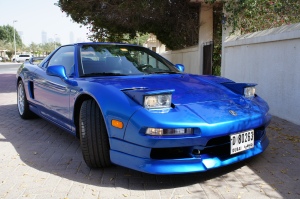 I can’t remember when I fell out of love with the NSX, but I imagine it was down to the auto and craving a manual. I had other cars on the go and other desires, so eventually I sold it on to fund the next project – it may not appear so in this list, but it was sold to make way for an Esprit.

Some time later I heard the NSX was in a bad state and was sent these pictures – I guess it answers the question of how long a wrap lasts in the Dubai heat! 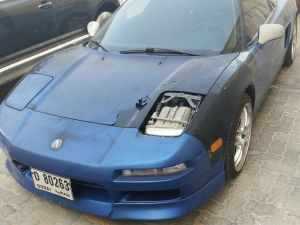 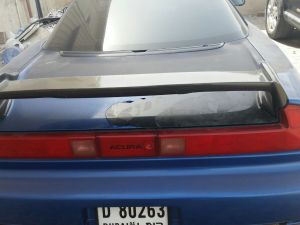 Later still I was sent these, so all is well in the world again… 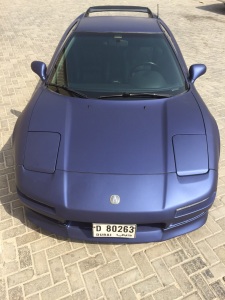 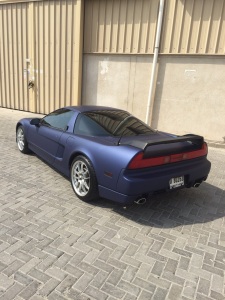