I was chatting on a forum about my other Jensen Interceptor in the States and someone posted these pictures about the one they were building in Dubai. It turned out to be someone whom I’d spoken too before when I first got back to Dubai and he was trying to sell it – it was standard back then!

He couldn’t find a buyer at the time so thought rather than ‘give it away’ he’d have some fun and create a beast. This was one to watch! 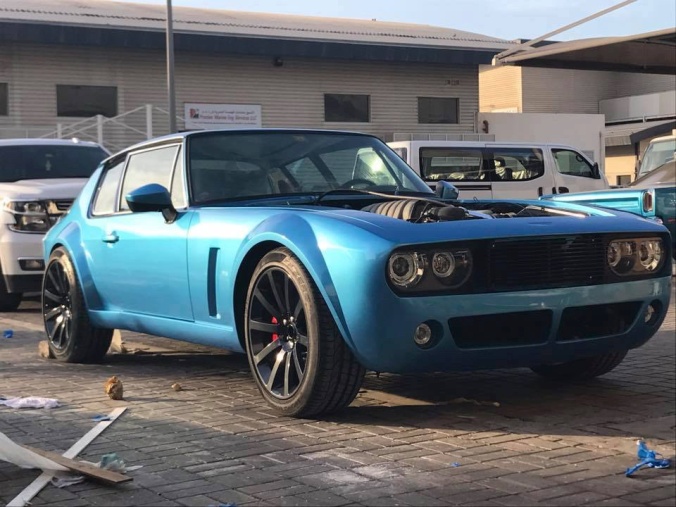 As time went on it came along – he’d bought an Chrysler 300 SRT8 and used the running gear, engine, tranny, dash, electrics, the lot… and with the body mods he was creating something special.

Clearly this one no longer needed the bumpers that my US one lacked – so a call about these later and a chat re the Jensen and he realised he’d found the only person in Dubai stupid enough to want to buy and half finished project, oh and he needed the room!

So the deal was done 🙂