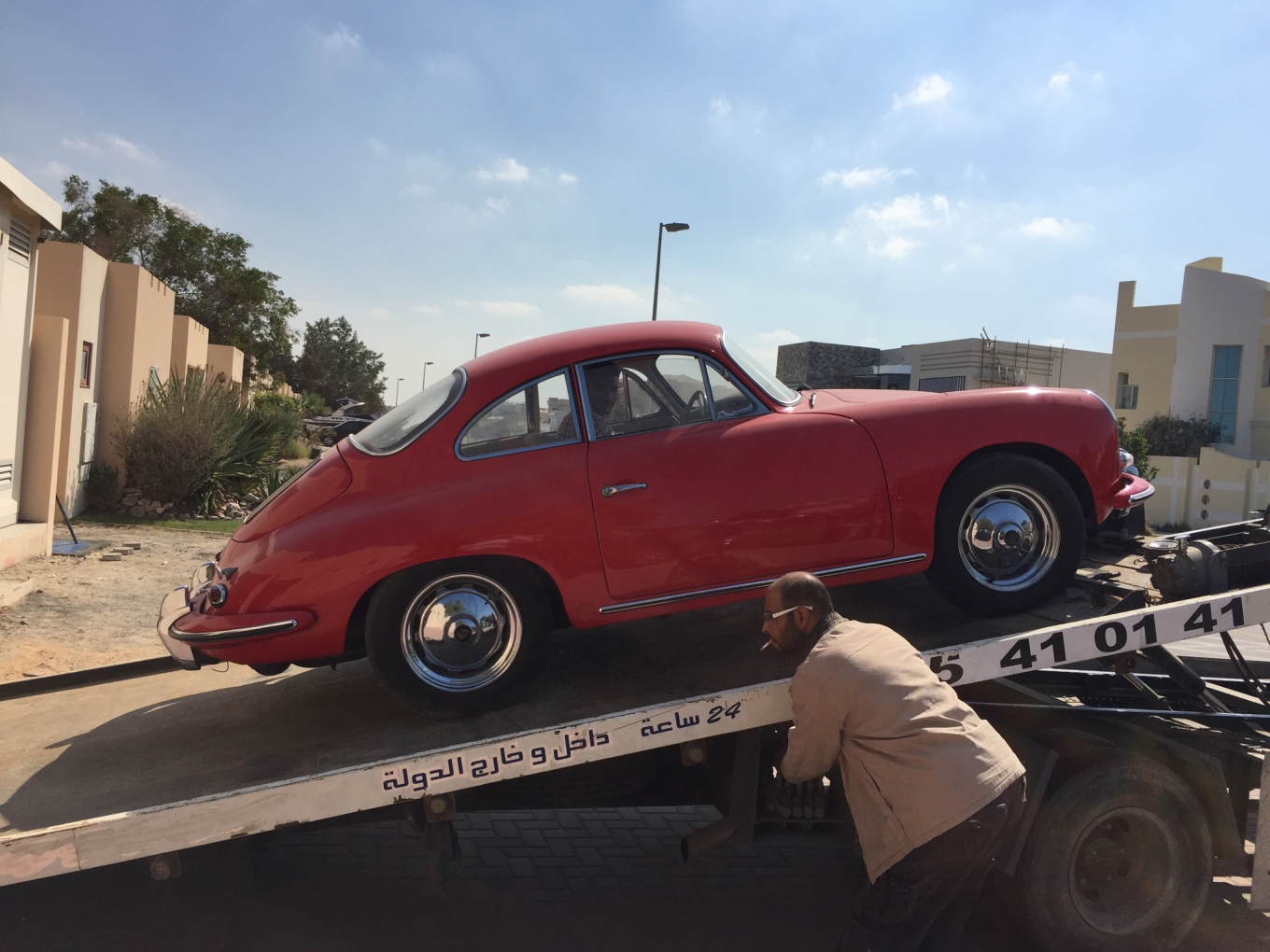 Sight unseen – 53 year old car of unknown origins, for about $45,000. One of my smartest moves, probably not, but it did look nice and shiny in the pictures and there was that gaping hole in my garage. The advert did mention something about there being no key too, but who’d let a mere technicality like that deter them.

The next phase was the paperwork – on winning the auction, you receive no email or confirmation, the website doesn’t even acknowledge you’ve won. The next day I chased on the phone and was told it was subject to providers approval… it was a bank I believe and luckily it did come through in the a few days and some chasing later (doesn’t always but that’s another car and another story). As an aside, the previous owner was an Al Thani Sheikh who’d recently bought a Spanish football club, so I’m not sure how it ended up in the auction, loss of interest I guess.

So there I was, armed with a possession certificate, albeit one that says 1976, I’ll deal with that later, and one 356 on a low loader arriving at the villa.

Next chapter is all about inspection and discovery – probably something most of you do before you buy!