Well that was easy and of course only involved checking some numbers and a bit of googling. What was not so easy was being in that spacious garage, in Feb/March in Dubai, and the garage, like the car having no AC. To be honest Feb/Mar/Apr and a bit of May are fine. I added a portable AC unit into the garage but if you can imagine it was like having my two year old son attempt to blow a raspberry at me from 5 metres away. Useless. More recently I’ve got a big evaporative cooler to try, but I’m waiting for Summer to end.

Anyway back to the car – 6v of course, I ordered and dropped in an Odyssey battery, it had none, and tested the wiring. Lights, headlights, brake, indicators, all switches had random effects, it did turn over though. I looked around, sweated some more, amused myself with the birds nest of wiring and over spray under the hood and decided that like my Karmann Ghia and Interceptor, wiring is best started again. Luckily there are many places that will relieve you of a not insubstantial amount of money for a full factory style harness for your specific model. I chose YnZ in the States, because of good recommendations and a great walkthrough on the 356 Owners Club board. 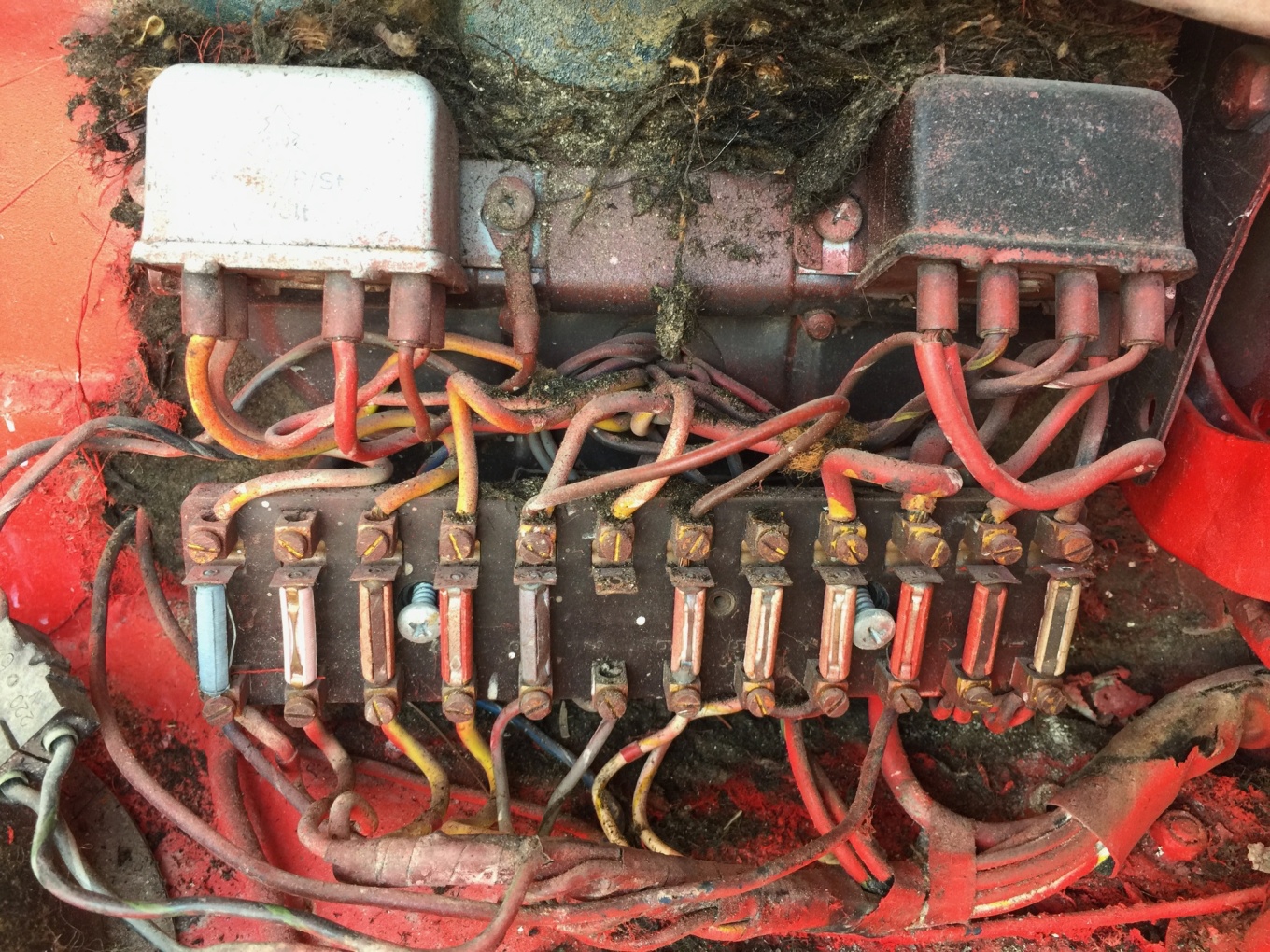 I got lucky too – sometimes there is a fair leadtime as they wait for a few orders or scheduled runs to build specific harnesses – I enquired just as they were starting a similar one so got mine turned around and in Dubai within a fortnight. Great service. Of course this was back in February, it is now almost September and the harness is still in the box.

I’ve got lots of other boxes too. Indeed, Evelyn at SierraMadre Collection may not know it but she is my new best friend. 2 pages of parts, from consumables through cosmetics to carpets and $4k later I have quite the collection – who’d have thought 356 brake shoes were so hard to come by!

Whilst all these boxes were winging their way across the Atlantic the 356 (I need to give it a name) took a trip to the ever reliable AAA in Rashidya for a once over from Ben and the guys. Whilst changing the locks and the ignition barrel we also had a poke around that cemented the decision for the rewiring and also revealed a set of disk brakes up front and some nice dents on the underbody where the previously keyless car had obviously been moved via a fork lift.

Back home for the summer, I decided to strip out the interior and the harness ready for the new install. Word to the wise, high temperatures, nasty itchy over-glued aftermarket carpet and litres of sweat should never be mixed, it was a thoroughly unpleasant experience but not without rewards…

I found the keys!

So there the 356 sat for most of the Summer stripped and waiting, baking on dust, next to its Zundapp compatriots.