Some years ago I bought an old rusty pedal car – I later worked out it was a Devillaine Midget, a French classic built in the 1960s.

The plan was to work on it myself – ship it to Dubai, a bit of sanding, knock out some dents and a quick respray. That was about 4 years ago – a few aborted starts – I had it sand-blasted and primed… sprayed it black quickly to protect it before the move to Dallas, brought it back… and eventually the guilt got the better of me. of course the fact Mylo was now big enough to use it also spurred me on.

After some bad filling I finally gave in and got the professionals on the job!

Ben at AAA and the guys waved their magic wand over it – the padded leather seat is an awesome touch – better than the original. We went gulf racing colours and then my good friends at GES sorted out the graphics. 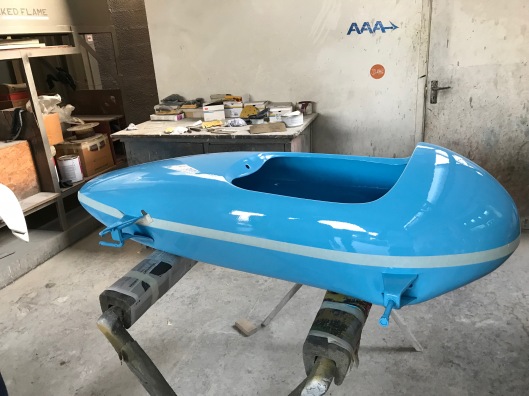 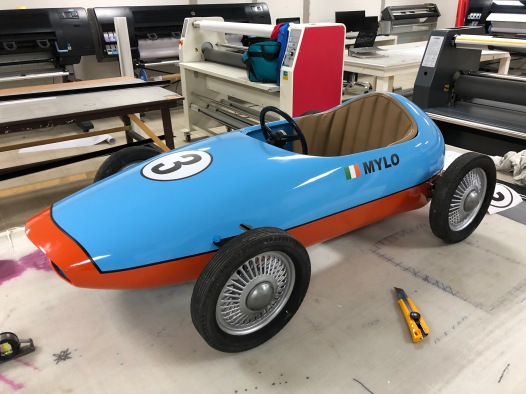 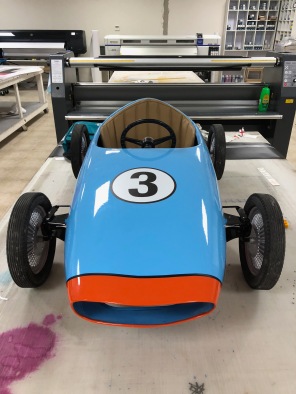