The story goes that one of the big dealers over here visited the UK motorshow, saw the TVR’s and wanted to be a dealer. A deal was struck and an LHD 420SE made and sent over.

There were some build quality problems and the dealer correspondence with TVR is amusing, but suffice to say I think it was the only car they brought over and sold!

This one languished in the showroom with little awareness and dealer support for over a year, before the first owner offered to take if off their hands for a bargain price if he promised to never bring it back – which he did! 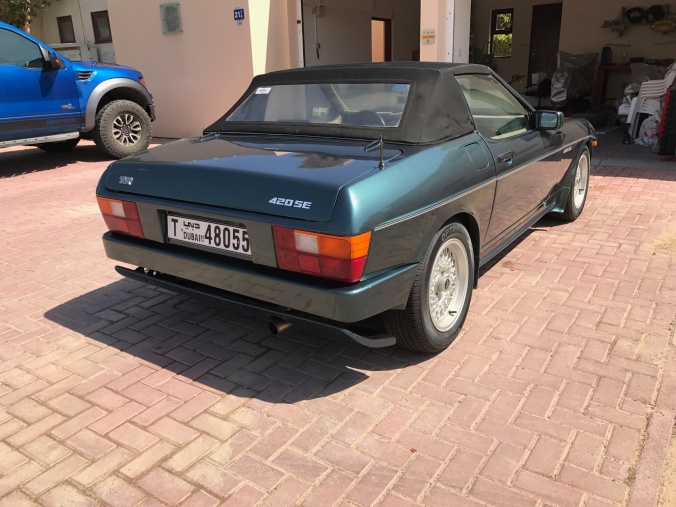 The car had always ran hot, despite a fuel cooler and uprated cooling from the factory. This was sorted with a huge custom aluminium radiator and fans and uprated alternator etc – it runs cool now.

The car had AC which was rare – not the best and current sapping, the previous owner, never used it and advised me it was a lost cause. Ben and AAA brought it to life pretty quickly whilst sorting the engine cooling.