First task is to get the 66 ‘vert on its wheels – I’ve decided to use the 4×130 pattern and disk brakes all round – so despite the Pro Drag box never being used, it had sat outside for a long time, so I sent it and the shafts/hubs for blast and painting. I also had the front hubs I salvaged of another beetle with disk brakes done at the same time. Braided hoses and a new dual circuit master cylinder should take care of the braking.

Next were the 8 spoke Minilites, – 4 ½ inch up front and 5 ½ inch rears, I’ve had the rims repolished and centres resprayed in a gloss black. Now shod in new tyres these are ready for fitting as soon as the tranny is back and then I can get the car off the dolly. The pic here is pre the refurb. Like many parts of the beetle, including the original 5×205 wheels, these were restored 3-4 years ago, but storage has taken its toll and despite never being used they have been moved about a bit and picked up their fair share of scratches etc. They look a lot better now. 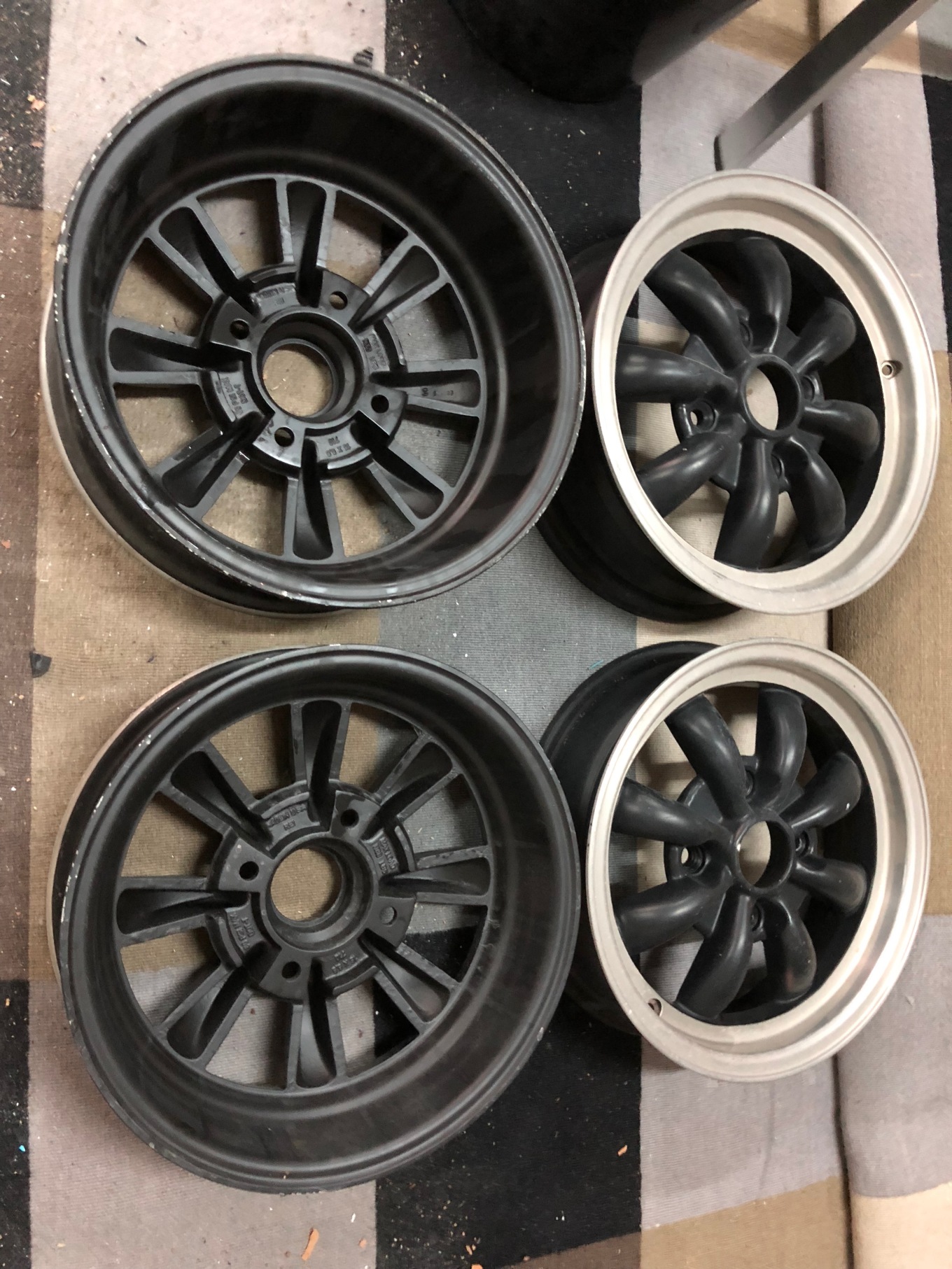