This is a story of the parts never being in the huge amount of spares in boxes, or at least not being able to find them. To be honest the update is a tale in two parts – the car assembly and the engine assembly (later).

The former being the one where parts are elusive if not illusive! So we’ll deal with that here but we are getting there.

The brakes are on – discs all round and four stud hubs to annoy the ’66 purists. The copper pipes for the rear are just being made. We added a dual master system of course and the pedal box (restored and assembled) and bleeding will happen any day. We had fun with the emergency brake cables – new of course, too long, then too short now another set ordered and I hope we’ll get it right.

Next to fit the windows, obviously rubbers, pivots and trim fitting, but that was predictable. What raised more of an eyebrow was the rear side windows. We just couldn’t work out how they fitted, until we realised the front strut that attached to the pivot mount that attaches to the B=pillar had actually been cut off both sides before re-chroming. I’ve ordered more and they are on their way, so all but the rear window almost sorted.

Headlamps are missing the fitting screws etc, despite being refurbed – ordered.

The wiring has started in earnest and I’ve reassembled the speedo and fuel gauge. A new fuse box and relays and lots of studying wiring diagrams and I think we’ll get there, ready in time for the engine. 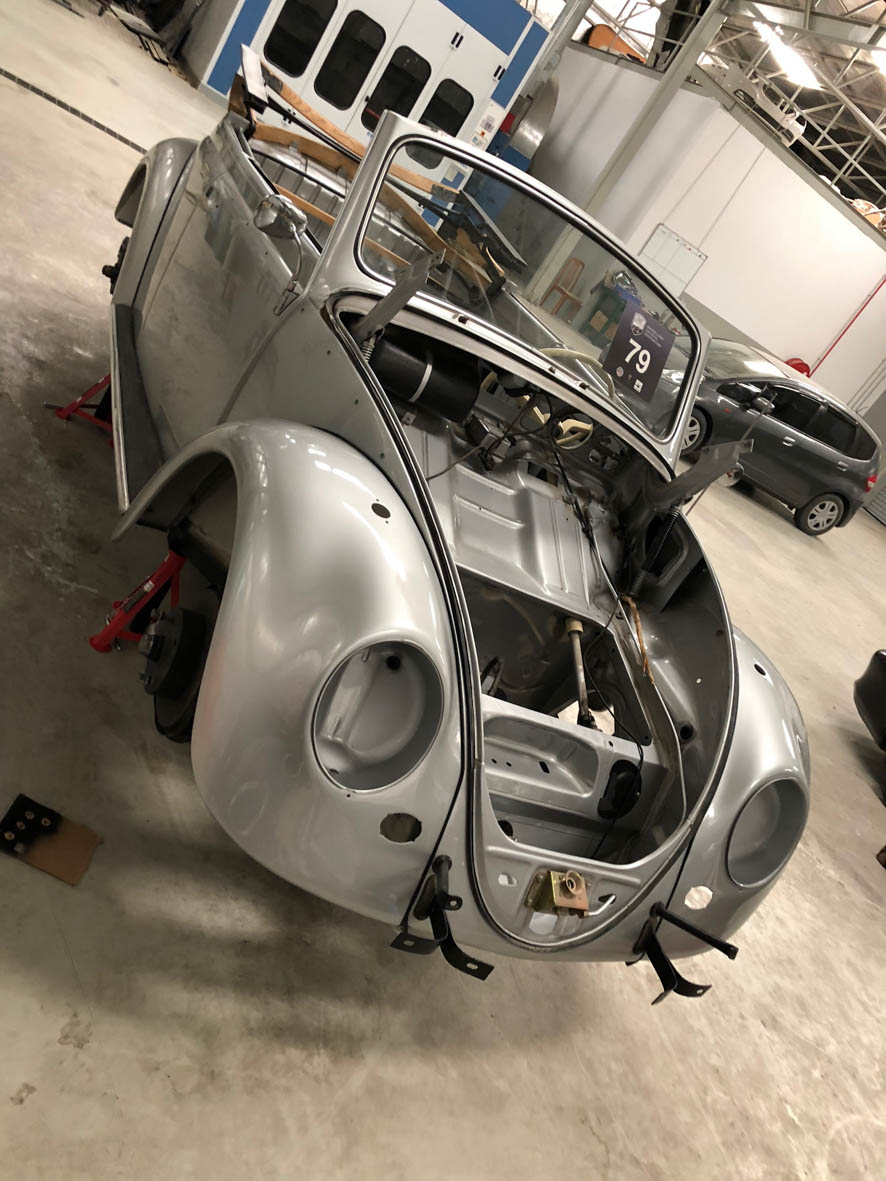